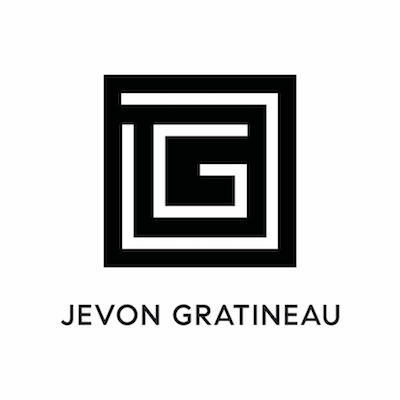 Williamsburg has emerged in recent years as a pop-culture darling, and a force in defining NYC trends.

Williamsburg has long been the setting of many seminal films and books that represent life in Brooklyn in the 1900s. As a manufacturing neighborhood, the area attracted hard-working New Yorkers. Decades later, Williamsburg began to attract an overflow of artists from downtown Manhattan, and since then it has become a beacon of Brooklyn creativity.

Williamsburg has emerged in recent years as a pop-culture darling, and a force in defining NYC trends. While it seems that everyone has an opinion on Williamsburg’s true cultural cache, those that live in the neighborhood prefer not to overthink it. Instead, you’ll find a refreshingly care-free community where the motto is “do your own thing” - and always have a good time along the way.

Brooklyn lifestyle without being too far from Manhattan.

Williamsburg has become popular with young New Yorkers because of its vibrant and accessible social activities, and also because of its easy commute to Manhattan. The L train takes residents right into the heart of Manhattan at 14th st., and the M and J trains make it easy to get to other downtown neighborhoods.

Many also use the Williamsburg Bridge as an easy route into the city, by walking, running or cycling for their morning commute.

Living in Williamsburg gives you access to a range of activities at all hours of the day, as evidenced by always-buzzing streets like Bedford Avenue.

Williamsburg has become an area known for its trendsetting neighbors and storefronts, which has promoted Brooklyn-branded shops, bars, and restaurants. Bedford is the first stop off the L train and a central shopping hub in the neighborhood. Small boutiques boast Brooklyn trends for prices lower than in Manhattan, and antique sales and old record stores offer the promise of stumbling upon hidden-gems in the depths of their collections.

Williamsburg has also emerged as a culinary destination. Aska, a small restaurant leading the New Nordic trend, gained notoriety for its pig’s blood cracker, and BBQ joints Fette Sau and Briskettown give locals a leg up when it comes to meat. Peter Luger’s has been a Brooklyn steakhouse for over 100 years and its legacy is still reminiscent of an old-world Williamsburg.

Smorgasburg, a spring-and-summer food festival, is made up of local snack vendors that set up shop weekly in East River State Park. Festival-goers can sample the wide variety of food stalls and then enjoy their spoils on benches overlooking the East River.

Outside of hosting Smorgasburg, East River State Park and the accompanying piers are a great location to watch the sunset over the Manhattan skyline.

In Williamsburg, the party often starts early in the day and continues late into the night. Many bars have outdoor spaces that become packed when the sun is out. Under-the-radar promoters host daytime pop-up parties at all different kinds of venues: parking lots, rooftops, lofts, or parks.

Williamsburg’s music scene draws an audience from all five boroughs. Large venues like Brooklyn Bowl or Music Hall of Williamsburg attract big name acts, while smaller venues like 285 Kent and Shea Stadium are at the forefront of the do-it-yourself music scene. Here, die-hard punk, rock, and experimental fans can enjoy live acts with more intimacy.

What not to Expect

A serene neighborhood far from the party scene.

Alhough there are parts of Williamsburg that are quieter, the neighborhood has become central to Brooklyn nightlife. Folks looking for a peaceful Brooklyn area to call home should look away from the center of the entertainment scene around the Bedford and Lorimer stops on the L train.

Still, Williamsburg is a fairly large neighborhood, so there are plenty of areas where you can find peace and quiet, especially farther east towards East Williamsburg, or north towards Greenpoint.

Walk-up apartments and row homes are popular in central Williamsburg, but luxury high-rises and condos dot the waterfront.

The popularity of Williamsburg has led to higher real-estate prices in recent years. Walk-ups and row-homes are comparable in price to some downtown neighborhoods in Manhattan.

Newer developments continue to pop up in the neighborhood. Near the waterfront, apartments in high-rise buildings and condo complexes can get pricey, but have stunning views of Manhattan.

You'll Fall In Love With

Williamsburg’s self-confidence. The neighborhood relishes in the spotlight as a pop-culture trendsetter, but never takes itself too seriously.

These days, it feel as though everyone has a different opinion on what Williamsburg is as a neighborhood. Some define the vibe as “hipster” (with a hint of derision), while others hail the neighborhood as a new frontier for New York’s creative and artistic communities.

Those that live here take both the critiques and compliments in stride. Here, it’s all about having a style of your own and wearing it proudly, whether or not others perceive it to be cutting-edge or contrived. Regardless of which camp you find yourself in, it’s hard to deny that Williamsburg and its residents look pretty good out ahead of the pack.